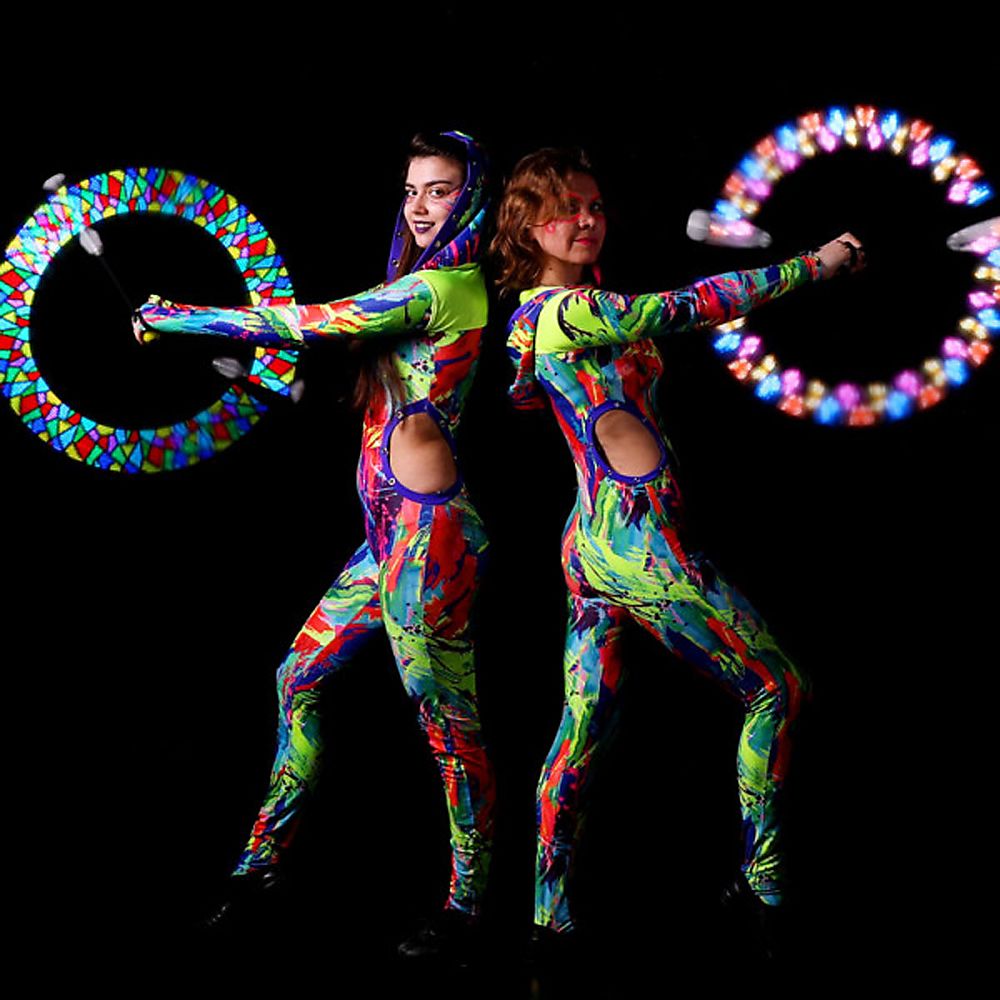 In this article we will have a closer look at our latest models of application props and see what is the difference between the models and their modifications. 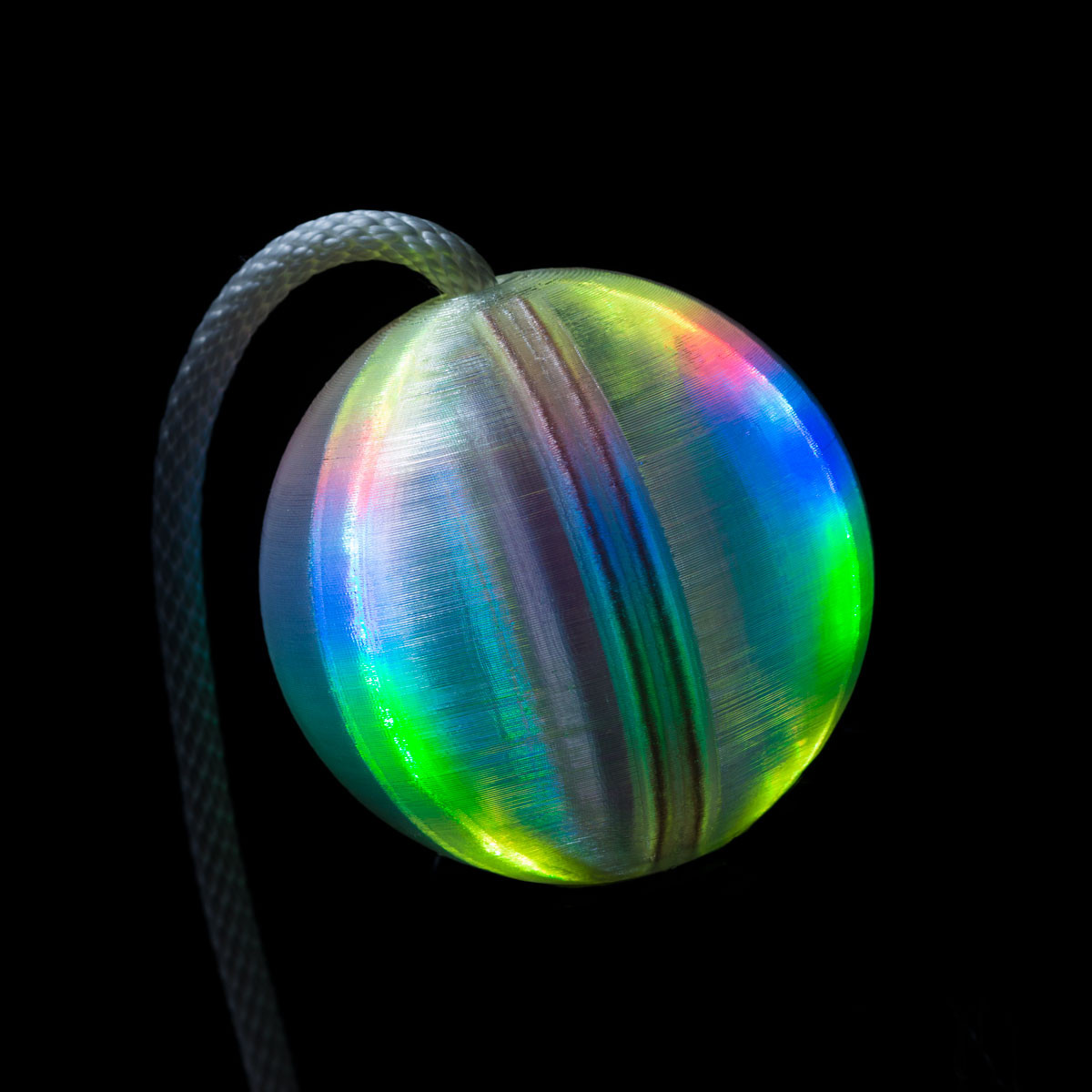 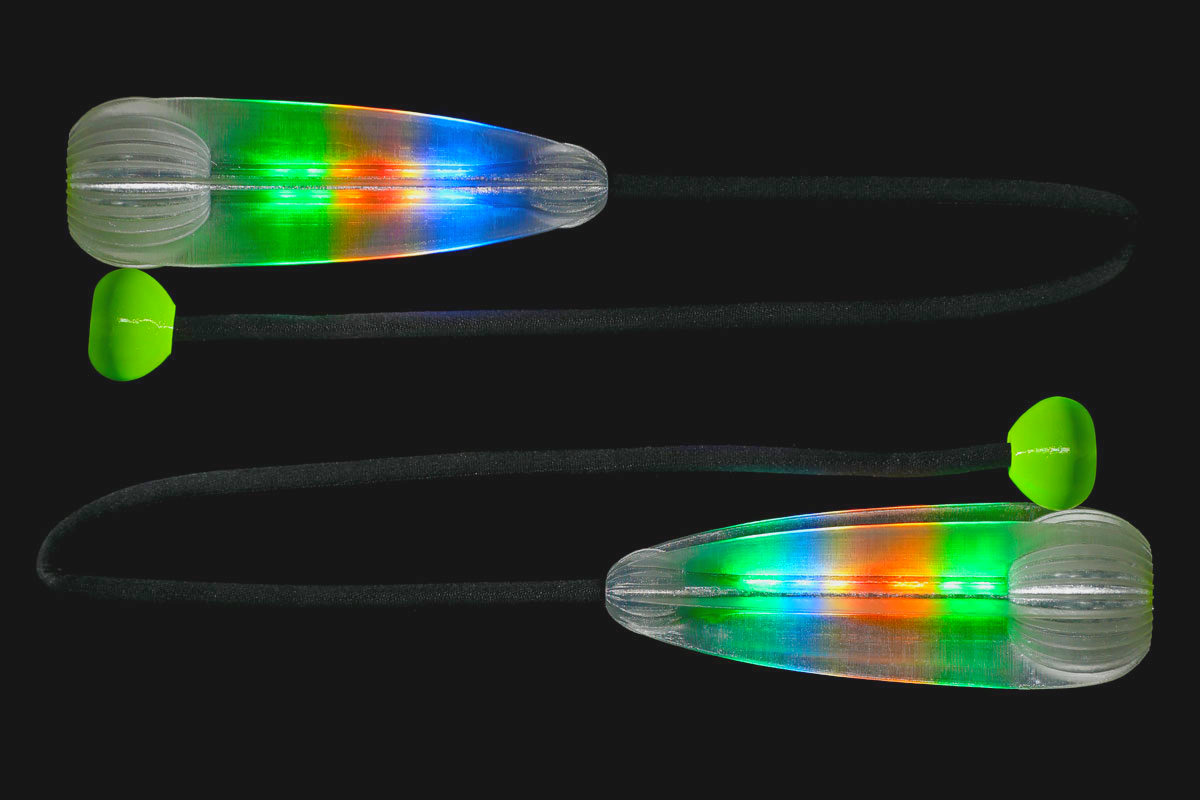 First of all, let’s watch the difference between BubblePoi and JellyPoi. At first glance, it’s obvious: BubblePoi has spherical shape, and Jellypoi look like drops, similar to podpoi. That’s right, but there is more…

BubblePoi can be used not only as poi, but also as separate spheres. So, you can use them for contact style, juggle and throw them, play mini-soccer and other fun games.

JellyPoi are supposed to be used only like poi on the rope, not separately.

JellyPoi 16 was the first of soft poi we made. We have released them in the end of 2019, and they have become rather popular among our customers. They have double-sided board with 16 LEDs that in total gives 32 LEDs (16 on each side). There are two modifications of JellyPoi 16: Basic and Smart. Smart version additionally contains:

- Translucent cases on poi to keep them clean at regular trainings.

Jellypoi 16 Basic is a simplified version; it is equipped with a thinner 6 mm cord, doesn’t show training statistics in the app, and doesn’t have translucent cases. 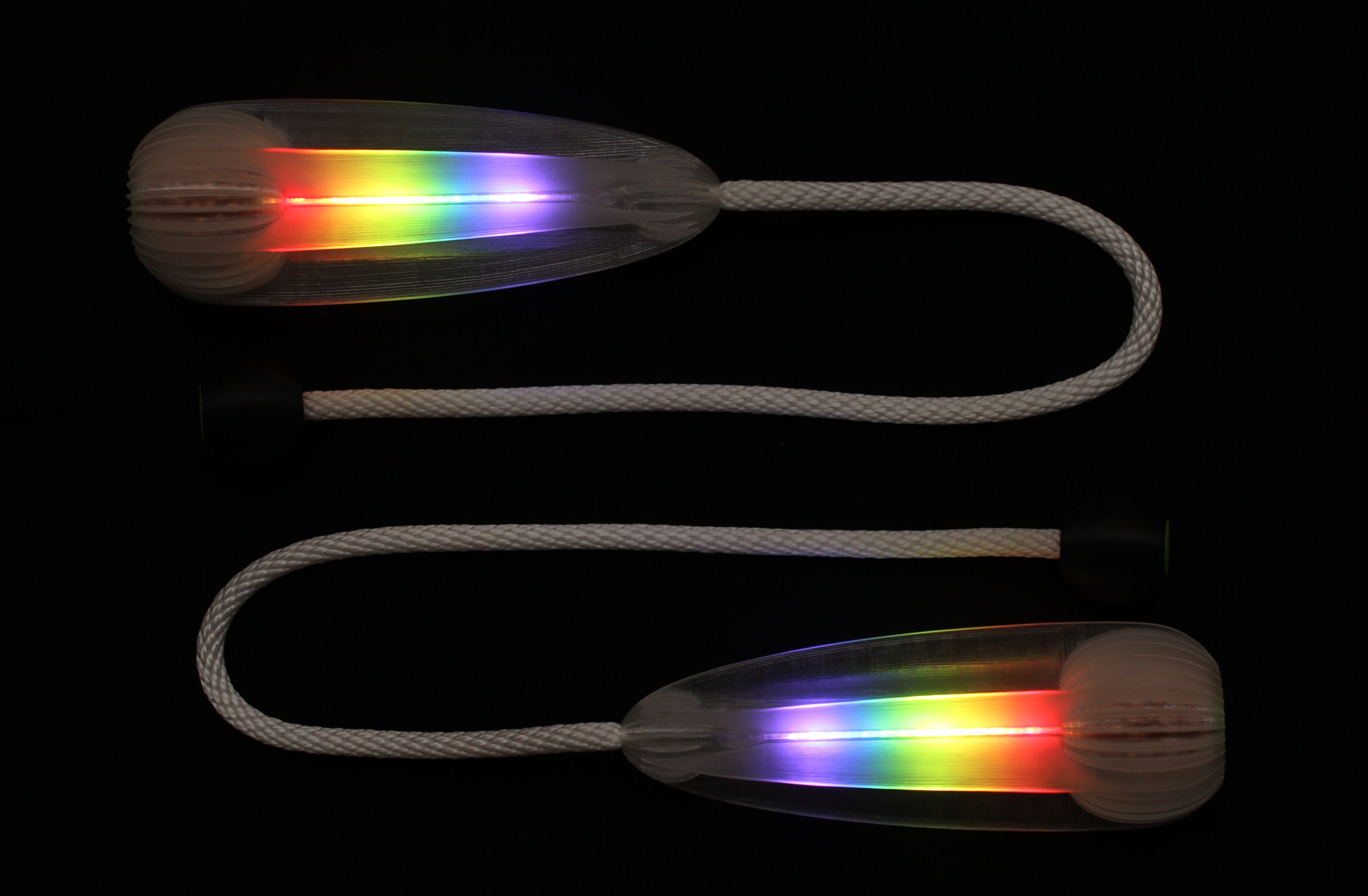 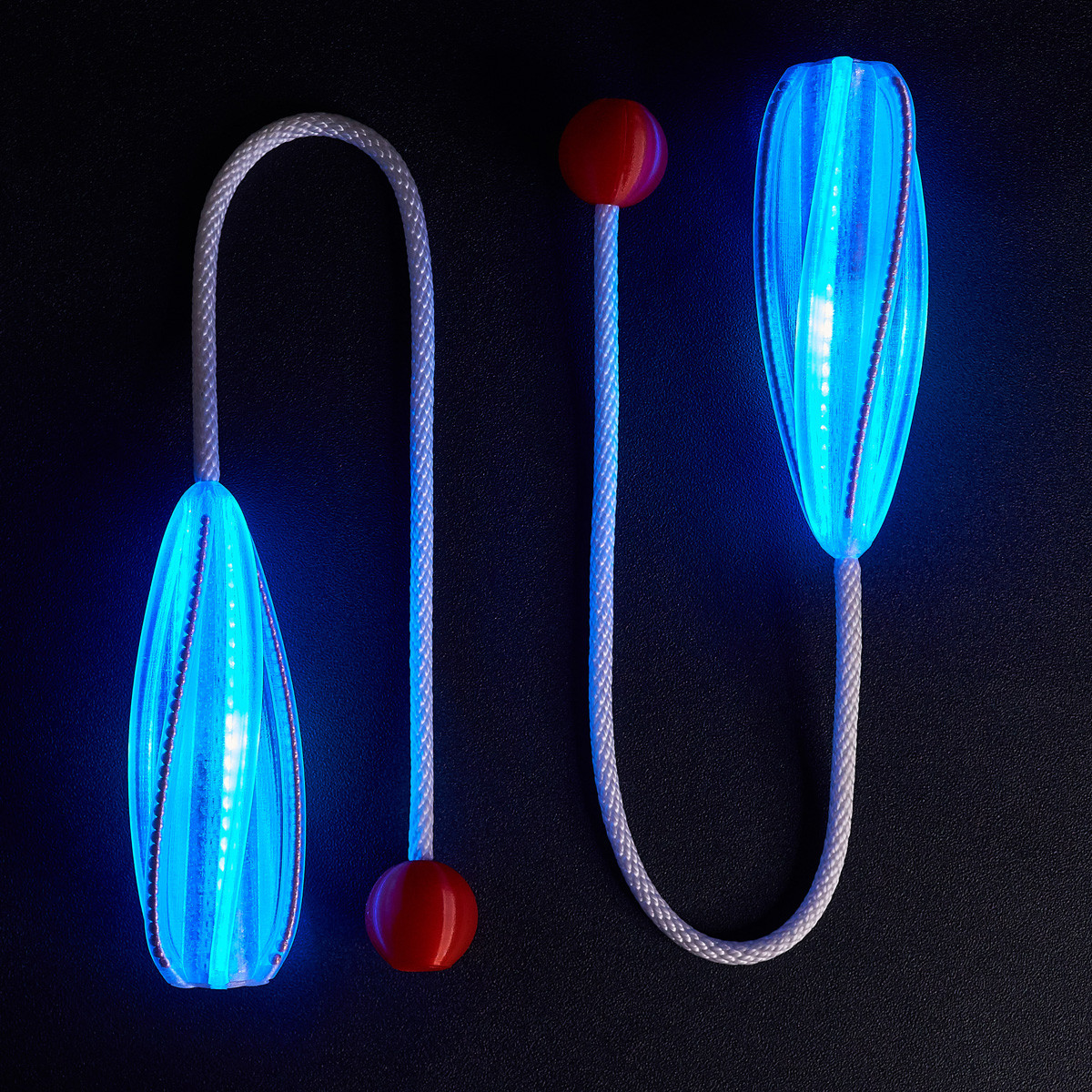 Next point is the choice between Basic, Smart, and Ultimate modifications. Which I better? What are the differences? Does it make sense to overpay for the top modification?

Knobs: to glow or not to glow

In addition to standard knobs (with an option of adjusting weight, by the way) we suggest pixel ones. Just want to remind that pixel knobs have the same technology as the poi, it’s full a electronic device with all functionality of pixel Bubble or JellyPoi. It’s just has 3 stripes with 5 pixels, that’s all. Pixel knobs can be synced with pixel poi by mobile application. Due to low resolution they cannot display pictures in all their clarity, but at least they can duplicate a color background of pixel poi, making your spinning performance much more spectacular. Another cool thing about Ignis application props - you can always switch from pixel knobs to standard ones, as they easily are pulled out.

It seems that’s all for now, we hope that this article will help you to make the right choice. You are always welcome in our web store, and if you still have some questions, feel free to ask. 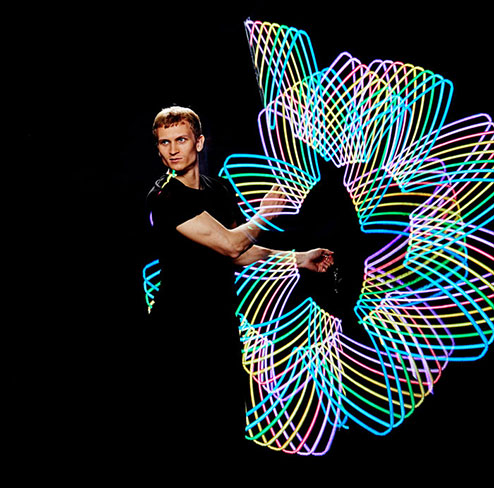